This study analyzed the thermal field effect and experimental verification of laser scribing of stainless foil based copper indium gallium selenide solar cells of the AZO/i-ZnO/CdS/CIGS multilayer stack films (P3 layer) using Nd:YAG (1064 nm) and ultraviolet (355 nm) lasers. To prevent breakdown of molybdenum films of the solar cell, the laser processing temperature must be lower than the ablation temperature (2896 °C) of the Mo layer, but higher than the ablation temperature (2248 °C) of aluminum doped zinc oxide layer. Therefore, the scribing depth of the P3 layer is limited to the range 1.5–1.7 μm. First, the ANSYS Parameter Design Language program in the ANSYS finite element software is used to establish the simulation mathematical thermal model of the laser scribing process. To simulate the actual laser scribing process, a three-dimensional FE model for laser scribing process with a moving laser beam was constructed. Comparison the theoretical analysis and experimental results indicated that two sets of simulation parameters could not completely remove the P3 layer when the Nd:YAG laser was used. However, when the UV laser was used, the theoretical and experimental results were in favorable agreement. The findings of this study indicate that simulation analysis results can be helpful as reference data for experimental parameters during the actual scribing process. 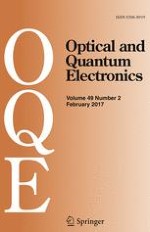