We demonstrate a novel method for automatic direct lesion depth (LD) tracking during coagulation from time series of a single A-mode ultrasound (US) transducer custom fit at the tip of a RFA catheter. This method is named thermal expansion imaging (TEI).

A total of 35 porcine myocardium samples were ablated (LD 0.5–5 mm) while acquiring US, electrical impedance (EI) and contact force (CF) data. US images are generated in real time in terms of echo intensity (M-mode) and phase (TEI). For TEI, displacements between US time series are estimated with time-domain cross-correlation. A modified least squares strain estimation with temporal and depth smoothing reveals a thermal expansion boundary (TEB)—negative zero-crossing of temporal strain—which is associated to the coagulated tissue front.

M-mode does not reliably delineate RFA lesions. TEI images reveal a traceable TEB with RMSE \(=\) 0.50 mm and \(R^{2}=0.85\) with respect to visual observations. The conventional technique, EI, shows lower \(R^{2}=0.7\) and \(>\)200 % variations with CF. The discontinuous time progression of the TEB is qualitatively associated to tissue heterogeneity and CF variations, which are directly traceable with TEI. The speed of sound, measured in function of tissue temperature, increases up to a plateau at 55 \(^{\circ }\hbox {C}\), which does not explain the observed strain bands in the TEB.

TEI successfully tracks LD in in vitro experiments based on a single US transducer and is robust to catheter/tissue contact, ablation time and even tissue heterogeneity. The presence of a TEB suggests thermal expansion as the main strain mechanism during coagulation, accompanied by compression of the adjacent non-ablated tissue. The isolation of thermally induced displacements from in vivo motion is a matter of future research. TEI is potentially applicable to other treatments such as percutaneous RFA of liver and high-intensity focused ultrasound. 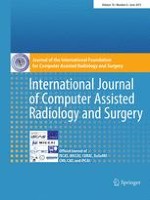