» Jetzt Zugang zum Volltext erhalten
Wichtige Hinweise
This paper was completed while Andrew was at Trinity College Dublin. The views expressed in this paper are those of the authors and not necessarily those of the Bank of England or its committees.

In understanding the determinants of mortgage default, the consensus has moved from an ‘option theory’ model to the ‘double trigger’ hypothesis. Nonetheless, that consensus is based on within-country studies of default. This paper examines the determinants of mortgage default across five European countries, using a large dataset of over 2.3 million active mortgage loans originated between 1991 and 2013 across over 150 banks. The analysis finds support for both elements of the double trigger: while negative equity itself is a relatively small contributor to default, the effect of unemployment, and other variables such as the interest rate, is stronger for those in negative equity. The double trigger, however, varies by country: country-specific factors are found to have a large effect on default rates. For any given level of a loan’s Loan to Value (“LTV”) ratio, and as LTV changes, borrowers were more sensitive to the interest rate and unemployment in Ireland and Portugal than in the UK or the Netherlands. 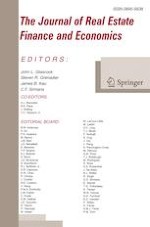 The Housing Cycle: What Role for Mortgage Market Development and Housing Finance?

The Chicken and Egg Problem: Obesity and the Urban Monocentric Model