In recent year, the mathematics of three-way fuzzy concept lattice is introduced to characterize the attributes based on its acceptation, rejection and uncertain part. One of the suitable example is descriptive analysis of opinion of people in a democratic country. This became complex for the country like India where opinion (i.e. vote) of people to choose the particular leader is based on 29 independent states and their distinct issues. Adequate analysis of these type of 29-valued data based on its acceptation, rejection and uncertain part is major issue for the government and private agencies. To resolve this issue current paper introduces n-valued neutrosophic context and its graphical structure visualization for descriptive analysis. In the same time an another method is proposed to some of the similar three-way n-valued concepts. To zoom in and zoom out the n-valued neutrosophic context at user required information granules with an illustrative example. 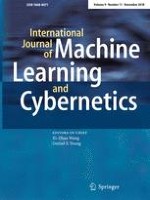 An analysis of three types of partially-known formal concepts

Parallel computing techniques for concept-cognitive learning based on granular computing