Wavelet-based Ultra Wide Band communications rely on receiver collecting data simultaneously from many transmitters and without interference thanks to the orthogonality between primitive wavelet packets. Nevertheless, there is a particular case for which the communication fails. Indeed, the time-shift between primitive wavelet packets results in a loss of the orthogonality of these wavelet packets. This paper proposes an asynchronous Impulse Radio-Ultra Wide Band (IR-UWB) transmission suitable in Wireless Sensor networks without any distinction between the transmitters. The originality of the proposed solution is to ensure a time-shift immunity of IR-UWB receivers by finding the unique combination of shifted primitive packets. For this purpose, finding the one zero result of successive subtractions between received and primitive packets is performed. Considering a given wavelet, the proposed solution is able to decode the shifted-mixed primitive packets from multiple transmitters whatever the time-shift between each packets. 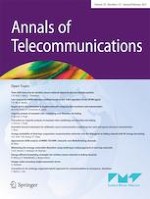