In this information age, high data rates and good reliability features are becoming the dominant factors for a successful deployment of commercial networks. Increasing capacity with finite power requirement in wireless networks is one of the main challenges for high speed communications. A new method of power allocation in wireless communication using beamforming vector based sectored relay planning for capacity enhancement has been proposed. It has been observed that any number of terminals (receive antennas) in the downlink can be incorporated without the requirement of additional link budget. Moreover, it has also been observed in the proposed technique that required power is also independent of coverage area i.e., the channel losses at cell borders. This optimal power allocation has been observed using beamforming vector. The beamforming vector becomes independent of transmitter diversity and is the function of receive antennas on both wireless backhaul and access link (sampled impulse response). The target signal-to-interference-noise-ratio (SINR) in the proposed technique can be achieved at small and finite power; therefore any capacity can be achieved at the target SINR. This is in contradiction to the major outcomes of the Shannon’s theorem. The simulations have been carried out in Matlab and the results given in the form of various plots and graphs. 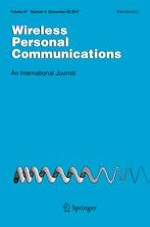 Software Defined Wireless Networks: A Survey of Issues and Solutions