With the acceleration of urbanization, urban traffic problems are becoming more and more prominent. In the face of massive traffic data, it is difficult to predict traffic condition with effective data analysis methods. In order to deal with traffic data better, this study applied data mining in traffic data analysis and processing, constructed a Hadoop based data analysis system to collect and preprocess data, and analyzed traffic data using parallel distributed calculation based on MapReduce. The improved fuzzy c-means (FCM) algorithm and the random forest algorithm were used. The simulation results showed that the error rate of the improved FCM algorithm is 10% and the accuracy rate of the random forest algorithm is 92.3%, indicating the system had high reliability. Then an experiment was carried out on the main traffic roads in Huadu district of Guangzhou, China. It was found that the method was efficient and accurate and had a good application prospect. 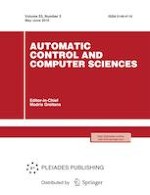