We study the effect of edge methylene on transport properties in graphene nanoribbons (GNRs) using the recursive green’s function method. The concentration of methylene (w) is defined as the substituted probability of edge dangling bonds. Due to the antiresonance of quasilocalized states, some conductance dips are found when single absorption (w = 0.005 in this work) sits on the edge. Localization analyses of wave functions also confirm this. With w increasing, the conductance is suppressed significantly and transport gap develops near E = 0.0 eV. Conductance suppression is induced by antiresonances between edge scattering centers. Meanwhile, these scattering centers prevent the formation of edge extended states which play an important role in the electronic transport at low energy and consequently the transport gaps develop. We found that a stable gap can be obtained at w = 0.3 and it becomes small as the width of the GNRs increases. An interesting oscillation at transport gaps for armchair edge GNRs is observed and it relates to the geometric symmetry of sample. The physical mechanisms behind the novel phenomenon are still unclear. 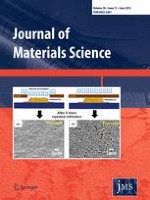 Comparison between the ferroelectric/electric properties of the PbZr0.52Ti0.48O3 films grown on Si (100) and on STO (100) substrates