Changes in land use affect the terrestrial carbon stock through changes in the land cover. Research on land use and analysis of variations in carbon stock have practical applications in the optimization of land use and the mitigation of climate change effects. This study was conducted in Baixiang and Julu counties in the Taihang Piedmont by employing the trend analysis method to characterize the variation in county land use and carbon stock. The findings show that in both counties, agricultural and unused land areas decreased while built-up land area increased, and the reduction in cropland was the main reason behind the agricultural land reduction. An inflection point appeared on the cropland curves of Julu, because the cropland area decreased by 1576.97 hm\(^{2}\) from 2004 to 2006. Cropland area in Baixiang decreased from 1996 to 1998 by a total of 129.89 hm\(^{2}\) and then remained relatively stable after 1998. The total carbon storage and variation in land use in the two counties displayed similar trends. Total carbon reserves in Julu increased by 2.76 \(\times \) 10\(^{4}\) tC (carbon equivalent), while those in Baixiang decreased by 0.63 \(\times \) 10\(^{4}\) tC. Carbon stock of built-up land in Julu and Baixiang increased by 2.44 \(\times \) 10\(^{4}\) and 1.22 \(\times \) 10\(^{4}\) tC, respectively. 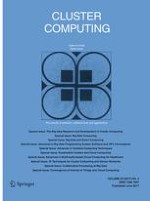 Estimating linear causality in the presence of latent variables