Refractory metals belong to the group of transition metals and are also called “ultra-high temperature materials”. In addition to the high melting temperatures, they have properties, like high density, high thermal conductivity, and excellent corrosion resistance, that make them suitable for many applications [ 1]. For example, Tungsten is a promising candidate for nuclear fusion devices [ 2]; the proliferation of human osteoblast is much higher on tantalum compared to the most commonly used Ti-6Al-4V [ 3]; and finally for space and aerospace applications in order to increase the temperature capabilities of devices [ 4].
Tungsten produced by the laser powder bed fusion process is the subject of this contribution.
Anzeige
The traditional subtractive process for refractory metal tools is complicated and expensive, both for the waste of material that is removed and for the cost of tools suitable for hard metals, such as W, Ta, and Mo. For instance, the extremely high melting temperature, in addition to its high affinity towards oxygen at high temperatures, makes it difficult to process refractory metals components via conventional processing technologies like casting without a controlled atmosphere [ 5].
These reasons lead to the need of investigating Additive Manufacturing technologies and in particular the LPBF process. The production of refractory metals by Additive Manufacturing offers many advantages. The possibility of recycling the unmelted particles is one of the most important aspects for highly expensive powders like Ta. Due to their high melting point, the energy required to melt a volume of material is given by the focused energy of the laser beam which locally raises the temperature up to the melting point. AM is the only process that allows the production of complex geometry and lightweight refractory metals components, two important features for these kinds of materials, according to their high density and their possible applications in the aerospace field, and for biomedical or future nuclear fusion devices.Yet, selective laser melting of W faces some challenges due to its main properties: high melting point, heat conductivity, and susceptibility to cracks.
In this study, the optimization of the main process parameters in order to obtain Tungsten fully-dense components is performed and the susceptibility of W components produced by SLM to crack is described.

For the optimization of the main process parameters, cubic samples in additively manufactured W were produced using an EOS M100 DMLS system by Electro-Optical Systems Gmbh. (EOS). The M100 machine is equipped with a 200W Yb:YAG laser with a wavelength of 1064 nm and a 40 μm Gaussian spot diameter.
Anzeige
High purity Tungsten (99.9%) raw material utilized for this study were highly spherical powders TEKMAT™ W‑25. Plasma densification and spheroidization were done by Tekna Advanced Materials Inc. W powders have a particle size distribution of D 10 = 10 μm, D 90 = 25 μm.
The LPBF process was performed under Ar atmosphere. The oxygen content in the building chamber was about 0.1%. Before printing began, the platform was preheated to 80 °C (353 K).

The optimization of the main process parameters, such as laser power, scanning speed, and hatching distance, was performed in order to obtain fully dense components. W samples were built using a carbon steel substrate.
Two strategies were adopted in order to find the optimal process parameters: the analytical starting approach and the experimental confirmation test. Considering that the main feature of this refractory metal is the high melting point, some preliminary calculations were done in order to narrow the window of possible process parameters related to the melting of the powder bed [ 6]. Single Scan Track (SST) analyses were performed to observe the influence of the main process parameter related to the melting of the material, laser power, and scanning speed. Thirty-two SSTs were produced on the top surfaces of sixteen blocks (8 mm × 8 mm × 8 mm), combining four laser power values with eight scanning speed values. The production of blocks and SSTs were done in only one step. For the block production, the laser power was fixed to 170 W, the scanning speed and hatching distance were in the range of 400–800 mm/s and 0.04–0.07 mm, respectively.
The scanning strategy chosen for W production was the bidirectional pattern with a 67° rotation between adjacent layers in order to cut down the residual stress as much as possible. The stripes were scanned always in the opposite direction to the argon flow to minimize the presence of sparks and droplets of molten metal on the powder bed that has not yet been melted. The layer thickness ( t) selected was 20 μm in order to guarantee a good bonding between consecutive layers. Considering the extremely high melting point of Tungsten, this layer thickness allows the homogeneous melting of the powder bed, and the re-melting of previous layers could result in a possible reduction of lack of fusion and delamination.
When the SLM process was concluded, the samples were detached from the platform by a wire Electrical Discharge Machine (EDM – SODICK AQ 750 LH).

The flowability of W powder was measured with standard test methods for the flow rate of metal powders using the Hall Flowmeter funnel (according to ASTM B213 – 20). The test was performed five times with Method 2 (dynamic start to flow). The density of as-built W specimens was measured using the Archimedes’ Principle (according to ASTM B962 – 17).
The surface morphology observation and microstructural analysis of blocks and SSTs as-fabricated were performed using a scanning electron microscope (Leica Cambridge Stereoscan LEO 440, Leica Microsystems S.r.l., Milan, Italy). The SSTs thickness was measured with ImageJ image processing software. Tungsten samples were prepared with standard metallographic preparation and electrolytically etched with a solution of 10 g in 100 ml of distilled water of sodium hydroxide (NaOH) at 2 V for 15 s. Microhardness measurements were performed on a Leitz Miniload 2 (Leica Microsystem S.r.l., Milan, Italy) microhardness tester with 200 g load. The measurement uncertainty for the flowability test, micro-hardness, was calculated as the standard deviation on the measurement, while, for the density measurement, the uncertainty was calculated with the Kline & McClintoc formulation [ 7].

The powder morphology plays an important role in additively manufactured W production. Lower part density (16 g/cm 3) was produced in the study of Zhou et al. [ 8], where the raw material was W powder with an irregular shape. Wang et al. [ 9] made a comparison between two different morphologies, polyhedral and spherical powders, obtaining a density of 84% and 96% of the theoretical density. Also Tan et al. [ 6] confirmed the importance of the spherical powder. After a parameter optimization, specimens with high density values of 19.01 g/cm 3 (98.5% of TD) were produced.
The particle size distribution (PDS) has a strong influence on laser absorption and on track formation during the SLM process. Zhang et al. [ 10] demonstrated that the powder layer absorptivity is strongly dependent on the PSD. The powder-to-laser absorptivity is 0.6030 when the particle diameter is in the range of 5–15 μm, it diminished up to 0.4986 in the range of 15–45 μm. On the other hand, the PSD influences the powder flowability, which can affect powder bed particle distribution during the process [ 11]. The flowability test performed with Method 2 (dynamic start to flow) gives a flow rate of 12.4 ± 0.5 s/50 gr for Tungsten powder.
Although there was no flow with Method 1 (static start to flow) of the powder during the test with the Hall Flowmeter, the powder was still well distributed on the platform, also thanks to the use of a recoater with a metal blade.

Tungsten specimens show a typical behaviour of this refractory metal produced by LPBF process: high cracking tendency. As shown in Fig.  3, which displays some details on surface morphology and crack types on a W specimen, cracks grow by a certain regulation and are distributed homogenously on the surface of the samples. Thanks to the scheme proposed in Fig.  3, it is possible to define two kinds of cracks. The longitudinal ones, which initiate and propagate along the centre of the melt-pool, and the transverse cracks that are perpendicular to the surface ripples generated by the laser during the continuous scanning. Longitudinal cracks are linear and fragmented with a length between 30 and 100 µm. Transverse cracks are shorter and have an “S”-shape. They exactly follow the shape of the grain boundary, as can be seen from the SEM images of Fig.  5a showing the surface of the Tungsten sample after polishing and electrolytical etching.
×
×
The extensive cracking observed in additively manufactured Tungsten is the result of the thermal stresses arising during rapid solidification or recrystallization [ 19]. As the temperature drops below the ductile to brittle transition temperature (DBTT), the residual stress rises above the yield strength in the brittle material, resulting in a crack formation. Micro-cracks that we can see in the SEM images of Fig.  5b are like the intergranular hot cracking in fusion welds in Tungsten. They originate from the aggregation of nanopores at the grain boundaries. Wang et al. [ 20] demonstrated that the formation of nanopores can be ascribed the boiling tungsten oxides (WOx) in the hot melting pool. These gas pores are pushed into grain boundaries during rapid solidification.
Wang et al. [ 21] observed that a differentiation of scanning strategy and re-melting cannot suppress the cracks, the only effect is a redistribution and change in the shape of defects. With a substrate preheating of 1000 °C, there is a reduction, but no complete mitigation of the micro-cracks [ 22]. Therefore, the only way to avoid cracking on SLM Tungsten is to eliminate or control the impurities. This is possible in two ways, the first one consists in avoiding any contact of the powder with an oxidizing atmosphere throughout the complete process route, the second way, more feasible, is by alloying it [ 23, 24].

In this contribution, the production of fully dense Tungsten specimens has been optimized starting from an analytical method. The process quality was quantified with the high value of density achieved of 99.6%.
Continuous and homogeneous Single Scan Tracks (SSTs) of W were produced and measured. SSTs studying allows also to define the window of optimal laser power process parameters in order to produce intact contour, thin wall, and lattice structures.
The micro-hardness measured in fully dense Tungsten (420 HV) specimens was slightly higher than commercial and SPS Tungsten [ 25].
Tungsten processed by LPBF shows its tendency toward hot cracking. The strong presence of cracks leads to the conclusion that this material is not suitable to be processed by SLM in the current form. The investigation is in progress to understand if there is the possibility to use them as traditional pure Tungsten components or rather in non-structural applications.
Open Access This article is licensed under a Creative Commons Attribution 4.0 International License, which permits use, sharing, adaptation, distribution and reproduction in any medium or format, as long as you give appropriate credit to the original author(s) and the source, provide a link to the Creative Commons licence, and indicate if changes were made. The images or other third party material in this article are included in the article’s Creative Commons licence, unless indicated otherwise in a credit line to the material. If material is not included in the article’s Creative Commons licence and your intended use is not permitted by statutory regulation or exceeds the permitted use, you will need to obtain permission directly from the copyright holder. To view a copy of this licence, visit http://​creativecommons.​org/​licenses/​by/​4.​0/​. 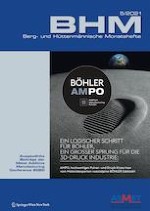