In this paper, a delayed epidemic model consisting of two strains with vaccine for each strain is formulated. The model consist of four equilibrium points; disease free equilibrium, endemic with respect to strain 1, endemic with respect to strain 2, and endemic with respect to both strains. The global stability analysis of the equilibrium points was carried out through the use of Lyapunov functions. Two basic reproduction ratios R 1 and R 2 are found, and we have shown that, if both are less than one, the disease dies out, if one of the ratios is less than one, epidemic occurs with respect to the other. It was also shown that, any strain with highest basic reproduction ratio will automatically outperform the other strain, thereby eliminating it. Condition for the existence of endemic equilibria was also given. Numerical simulations were carried out to support the analytic results and to show the effect of vaccine for strain 1 against strain 2 and the vaccine for strain 2 against strain 1. It is found that the population for infectives to strain 2 increases when vaccine for strain 1 is absent and viceversa. 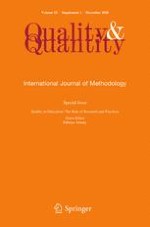 Enhancing disability awareness and empathy through children’s literature about characters with disabilities: a cognitive stylistic analysis of Rodman Philbrick’s Freak The Mighty

The effects of the gamified flipped classroom environment (GFCE) on students’ motivation, learning achievements and perception in a physics course