Short-circuit diffusion in fine-grained Ni samples processed by Spark Plasma sintering has been investigated by the radiotracer technique. Ni grain boundary self-diffusion is measured in samples sintered from commercial as-received powder and from a powder processed by mechanical milling (MM). Both samples displayed high penetration of the radiotracer and ultrafast diffusion rates, which exceed the diffusivity along general high-angle grain boundaries as they are present in pure polycrystalline Ni. A distinct profile was observed for each sample, dependent on the precursor powder. A stable penetration profile after pre-annealing at 773 K was observed when using commercial powder whereas a decrease in the grain boundary diffusion coefficient was depicted for the sample prepared from MM powders. The latter observation was interpreted in terms of partial relaxation of non-equilibrium grain boundaries generated by MM. Sample preparation by focused ion beam enabled the observation of interconnected porous paths in the sample prepared from commercial powders, which represent the main ultrafast diffusion path. A measurement of the surface diffusion coefficient through the pores was attempted considering a B–C-type kinetic regime. The isolated pores observed in the sample prepared from MM powder suggest a complex hierarchy of diffusion paths. 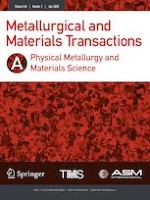 Different Evolutions of the Microstructure, Texture, and Mechanical Performance During Tension and Compression of 316L Stainless Steel