The combinatorial clock auction is a two-stage auction format, which has been used to sell spectrum licenses worldwide in the recent years. It draws on a number of elegant ideas inspired by economic theory. A revealed preference activity rule should provide incentives to bid straightforward, i.e., consistent with the bidders’ valuations on a payoff-maximizing package, in each round of the clock phase. A second-price rule should set incentives to bid truthfully in both phases. If bidders respond to these incentives and bid straightforward in the clock phase and truthful in the second sealed-bid stage, then the auction is fully efficient. Unfortunately, bidders might neither bid straightforward in the clock phase nor truthful on all packages in the second sealed-bid stage due to strategic reasons or practical limitations. We introduce metrics based on Afriat’s Efficiency Index to analyze straightforward bidding and report on empirical data from the lab and from the field in the British 4G auction in 2013 and the Canadian 700 MHz auction in 2014, where the bids were made public. The data provides evidence that bidders deviate significantly from straightforward bidding in the clock phase, which can restrict the bids they can submit in the supplementary phase. We show that such restrictions can have a significant negative impact on efficiency and revenue. 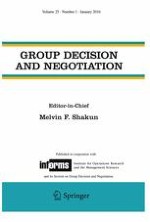