Enterprises in the tourism industry, wanting to stay on the market and gain a competitive advantage, are increasingly faced with the need to take actions closely related to the changes in the management of these enterprises. The changes may concern not only the introduction of modern forms of management, but also the change in the role of all participants towards greater decision-making participation, which in turn is associated with different forms of motivating employees than those used so far. Motivating employees is one of the main components of human resources management [apart from planning, recruitment and selection, evaluation and development of personnel (Kostera 1994)], and as it is known, individual employees are the owner of the human resource and they ultimately decide about the degree of involvement of this resource at work (Pocztowski 2003). In turn, the most important components of the human resource are: knowledge, abilities, skills, health, attitudes and values, and motivation (Leleń 2010). The comprehensive nature of the tourism product which consists of the offer of many combined services requiring cooperation of many tourism companies, not only local but also international, necessitates the development of universal and transnational activities aimed at joint management and application of similar incentive systems in different countries, but systems containing a set tools other than those used so far. It seems necessary because standard forms of motivating employees (usually payroll 1 and non-payroll) have a small influence on the improvement of economic results. One should also remember about various types of cross-border barriers that hinder or even prevent wider implementation of motivational participatory solutions on a larger scale in tourist enterprises. 2
The similar problems concern tourism which is related to various areas of life, which makes it an interdisciplinary phenomenon. From the economic point of view, tourism belongs to the services sector, which is the most dynamically developing sector in the economy. The contemporary tourist market is increasingly becoming a global market. Its characteristic feature is that it is dominated by large service providers, often of an international nature, which compete with each other and local and regional units. Internationalization of tourism companies’ activities makes them independent of specific countries and the whole world becomes a place for them to create tourist products and market. The internationalization process also significantly changes the environment of tourism companies. Both competition and cooperation between tourist service units from different countries are intensifying, which affects the way of how human resources are managed in these enterprises, and thus requires a more modern approach to motivating employees.
Anzeige

Springer Nature remains neutral with regard to jurisdictional claims in published maps and institutional affiliations.
Footnotes
1
In the majority of cases, the only wage tool in tourist enterprises is the basic wage, which is not satisfactory in the opinion of respondents, see Molenda ( 2015).
2
The barriers which hinder the introduction of transnational financial participation schemes can be classified according to several, general categories, taking into account specific conditionings which are present in the member states in the following aspects: the existing institutional structure, differences in legal, tax and insurance structures, legal regulations concerning issuing and selling bonds, labor law, regulations on financial market, social and cultural traditions in the field of application the participation schemes and the costs and complexity of the process of introduction and application of specific schemes.
3
So far the main focus in services has been on facility management, catering and hospitality industry.
4
A legal framework for the establishment and regulation of European company’s statute is contained in Council Regulation (EC) no. 2157/2001 of October 8th, ( 2001) on the statute of a European company (EC), which acquires the statute of a European joint-stock company and Council Directive 2001/86/EC of October 8th, ( 2001), which complements the statute of a European company with reference to participation of employees.
5
On a EU level they are represented by three main organizations: European Trade Union Confederation (ETUC), which represents employees; UNICE—Union of Industrial and Employers` Confederations of Europe (currently known as Business Europe), which represents the private sector employers; European Centre of Enterprises with Public Participation and of Enterprises of General Economic Interest (CEEP), which represents the public sector employers.
6
The reader may find other opinions in this matter, as for example those presented by Ieke van den Burg, a member of the Economic and Monetary Affairs Committee in the European Parliament, who claims that the Parliament has been supporting any initiatives taken on a EU level in the field of promoting participation solutions for many years, but in practice, till 2018, almost nothing changed.
7
The authors stress that participation in profits, as well as share ownership “have bigger influence on productivity, when there is a good communication with the management and when employees can take part in managing the company and decision-making process”.
8
The number of companies with financial programs is growing rather slowly (Mathieu 2017).
9
In some countries, e.g. France, in case of a statutory holding period, it is a common practice to compensate workers for losses resulting from inflation through different forms of indexation. This is a very good example of minimalizing a risk for employees.
10
Information given to employees should refer to such matters as e.g. eligibility for shares or payments from profits in case of dismissals (e.g. regulations may state that all employee shares/stock options may be lost if certain conditions will not be met (“good versus bad leavers”), retirement (e.g. an obligation to repurchase shares by the employee in non-listed companies etc.); a minimum and maximum level of employee’s contribution (employees’ contributions should not exceed 10% of the annual income), granting periods (e.g. the granting period should be long enough to separate shares or bonuses from stock options from the current remuneration) and maturity periods; eligibility criteria for stock options; administering programs, minimum period allowing for participation in a scheme; methods of distributing shares; possibility of exchanging shares for cash; specifying in the regulations of a scheme what happens with employees’ shares, which are in possession of a trustee or are not completely purchased, and a program is coming to an end because of a liquidation, merger or takeover; regularity of transfers of shares/part of profits intended for distribution; a list of duties and responsibilities on the part of the employer and the employee. This information may partly differ depending on the type of a program.
11
Not everyone, however, supports this view. There are people who oppose the influence of financial participation on productivity, see Blanchflower and Oswald ( 1988).
12
It is difficult to say clearly whether fiscal incentives are the result variable from the implementation of a financial participation program, or maybe receiving tax reliefs persuades to apply the program. There are also opinions that programs without fiscal incentives are more profitable than those which have them.
13
These might be only illusory benefits and not necessarily the result of implementing a financial participation program because not all studies have confirmed this relationship (author’s note).
14
The role of profit-sharing is stressed by: Festing et al. ( 1999); share ownership as an instrument for increasing efficiency is highlighted by Blasi et al. ( 2003).
15
There are opposing arguments mentioned by other authors, which show a decrease in this commitment [comp. (Bryson and Freeman 2009)].
16
This aspect was already stressed by the Commission in recommendation 94/1069/WE on transferring ownership rights of small and medium companies, and then in a communication on transferring ownership rights of small and medium companies [comp. Opinion of the European… 2010]. 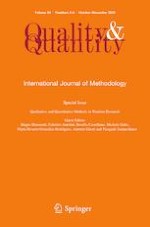 Identifying factors affecting the status of superhost: evidence from Sardinia and Sicily

Tourism satisfaction and perspectives: an exploratory study in Italy

Cultural tourism: an integrated analysis based on official data