In many motion control problems of mechatronic equipment, the control performance of the final-state of the control period is strictly important for positioning or settling issues. Totani and Nishimura proposed a final-state control (FSC) method using the compensation input for achieving such requirements in 1994. The FSC technique has been improved and applied to various kinds of actual mechanical motion control problems. In the same way, there is a similar method to solve these kinds of problems called model predictive control (MPC). However, the difference between FSC and MPC has not been fully clarified yet. This paper shows the relationship between the FSC and MPC methods. First, an updating-type FSC (UFSC) proposed by a part of the authors is introduced. Then, this paper analytically shows that the control input of UFSC agrees in the input of MPC under some conditions. This analysis makes clear the meaning of “updating” in the FSC technique for actual mechanical motion control applications. Moreover, this paper shows an application of the UFSC to a three-dimensional positioning problem with a fixed-wing airplane and performs numerical simulations to help the understanding the characteristics of the UFSC. Through the discussions of this paper, the characteristic of the FSC is clarified.

Titel
Understanding the final-state control from the standpoint of the model predictive control and its application to a three-dimensional trajectory control problem
Autoren:
Susumu Hara
Ryuya Yokoo
Kikuko Miyata 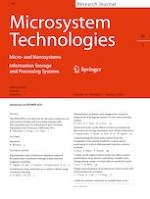 The ISPS/MIPE 2018 editorial for the joint conference on Information Storage and Processing Systems and Micromechatronics for Information and Precision Equipment, San Francisco, California, USA