Transportation constitutes one of the largest sources of air pollution emissions in China. A series of measures have been taken to control vehicle emissions. In this study, we simulate the effects of the major vehicle control policies implemented in China and those to be implemented in the future by performing scenario analyses. As a result of the three stages of vehicle emission standards (states I, II, and III), the average emission factors (g/km) of light-duty gasoline vehicles in China for carbon monoxide (CO), volatile organic compounds, nitrogen oxides, and particulate matter measuring less than 2.5 μm in diameter were reduced by 78, 88, 90, and 85 %, respectively, between 2000 and 2012. Those of heavy-duty diesel vehicles were reduced by 66, 65, 30, and 67 %. If no emission standards had been implemented in that period, the levels of vehicle emissions in China would have been increased by two to six times the levels measured in 2000, as of 2012; the standards therefore helped to reduce emissions by 50–83 % between 2000 and 2012 compared to the uncontrolled scenario. In Beijing and Shanghai, where the standards were implemented earlier than in the rest of the country, the standards achieved greater reductions. In the future, if no new measures are taken, vehicle emissions (except CO) will continue to increase until 2020. Implementing the more stringent standards of states IV and V is very important to lowering future vehicle emissions, and the earlier the standards are in place, the greater the benefits they will provide. Phasing out old vehicles could accelerate emission reductions. 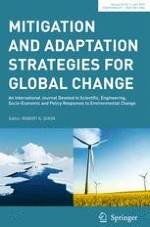