Noise in signals and images can be removed through different de-noising techniques such as mean filtering, median filtering, total variation and filtered variation techniques etc. Wavelet based de-noising is one of the major techniques used for noise removal. In the first part of our work, wavelet transform based logarithmic shrinkage technique is used for de-noising of images, corrupted by noise (during under-sampling in the frequency domain). The logarithmic shrinkage technique is applied to under-sampled Shepp–Logan Phantom image. Experimental results show that the logarithmic shrinkage technique is 7–10% better in PSNR values than the existing classical techniques. In the second part of our work we de-noise the noisy, under-sampled phantom image, having salt and pepper, Gaussian, speckle and Poisson noises through the four thresholding techniques and compute their correlations with the original image. They give the correlation values close to the noisy image. By applying median or wiener filter in parallel with the thresholding techniques, we get 30–35% better results than only applying the thresholding techniques individually. So, in the second part we recover and de-noise the sparse under-sampled images by the combination of shrinkage functions and median filtering or wiener filtering. 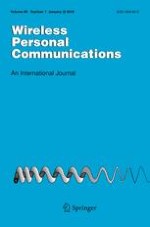