The localization of nodes plays a fundamental role in Wireless Sensor and Actors Networks (WSAN) identifying geographically where an event occurred, which facilitates timely response to this action. This article presents a performance evaluation of multi-hop localization range-free algorithms used in WSAN, such as Distance Vector Hop (DV-Hop), Improved DV-Hop (IDV-Hop), and the Weighted DV-Hop (WDV-Hop). In addition, we propose a new localization algorithm, merging WDV-Hop, with the weighted hyperbolic localization algorithm (WH), which includes weights to the correlation matrix of the estimated distances between the node of interest (NOI) and the reference nodes (RN) in order to improve accuracy and precision. As performance metrics, the accuracy, precision, and computational complexity are evaluated. The algorithms are evaluated in three scenarios where all nodes are randomly distributed in a given area, varying the number of RNs, the density of nodes in the network, and radio coverage of the nodes. The results show that in networks with 100 nodes, WDV-Hop outperforms the DV-Hop and IDV-Hop even if the number of RNs is reduced to 10. Moreover, our proposal shows an improvement in terms of accuracy and precision at the cost of increased computational complexity, specifically in the algorithm execution time, but without affecting the hardware cost or power consumption. 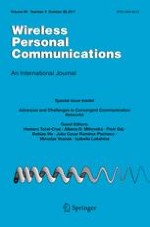 Attacks on and Countermeasures for Two RFID Protocols