In 2019, CO2 emissions in Germany dropped by 40 Mt compared to the previous year, of which a major share was realized in the power sector. Many factors, such as carbon and fuel prices as well as the capacity expansion of renewable energy sources, influence Germany’s CO2 emissions. This ex-post regression analysis of the German power market from 2016 to 2019 investigates the contribution of each factor to the CO2 emissions reduction. The results suggest that short-term market developments for gas prices are responsible for a major share of 2019’s CO2 emissions reduction when compared to 2018 levels. The sustainable transition of the power system, in form of adequate CO2 prices and additional renewable energy capacities, becomes the dominating factor when analyzing the CO2 emissions reductions over the longer time span from 2016 to 2019. Exogenous factors, such as increasing gas prices, could raise Germany’s carbon emissions again. This reversion of carbon emissions reductions can be avoided if the overall-society compromise on the coal phase-out is realized sooner than later. 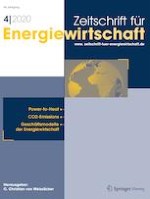