Community monitoring is believed to be successful only where there is sustained funding, legislation for communities to enforce rules, clear tenure rights, and an enabling environment created by the state. Against this backdrop, we present the case of an autonomous grassroots-monitoring network that took the initiative to protect their forest, in a context, where no external incentives and rule enforcement power were provided. The aim was to analyze the socio-demographic and economic backgrounds, motivations and achievements of forest monitors, compared to non-monitors in the same communities. A total of 137 interviews were conducted in four villages bordering Prey Lang forest in Cambodia. We used binary logit models to identify the factors that influenced the likelihood of being a monitor. Results show that there were few (22%, n = 30) active monitors. Active monitors were intrinsically motivated forest-users, and not specifically associated with a particular gender, ethnicity, or residence-time in that area. The most common interventions were with illegal loggers, and the monitors had a general feeling of success in stopping the illegal activities. Most (73%, n = 22) of them had been threatened by higher authorities and loggers. Our results show that despite the lack of power to enforce rules, absence of external funding and land-ownership rights, and enduring threats of violence and conflicts, autonomous community monitoring may take place when community members are sufficiently motivated by the risk of losing their resources. 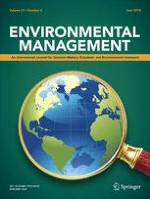 The art of co-production of knowledge in environmental sciences and management: lessons from international practice