In this paper, a low-energy adaptive clustering hierarchy (LEACH)-based routing protocol for wireless sensor networks (WSNs) is presented. The proposed protocol is labeled (ASTEEN) referring to an adaptive soft-thresholding-based energy-efficient sensor network. Its objective is to allow less energy consumption for data transition that affects the lifetime of the network. So, the node lifetime increases, and also the network lifetime increases. In contrary to other fixed soft-thresholding-based protocols, the adaptive soft threshold dynamically gets lower as the significance of the value of the sensed physical parameter increases. This leads to less-frequent transmission of less-critical sensed values, and more frequent transmission of more critical sensed values. This paper examines the correlated and uncorrelated sensed data values with the proposed protocol, and the performance is compared with those of other protocols. The proposed protocol succeeds in the sensing of samples with high correlation.
Advertisement
previous article Enhancing Detection of R2L Attacks by Multistage Clustering Based Outlier Detection
next article Design and Performance Analysis of Objective Functions for RPL Routing Protocol 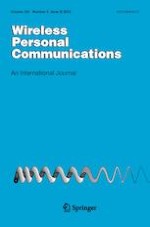