In this paper drawing on a study about school dress code policies and related issues—such as multiculturalism, racism, sexism, and homophobia, in the professional discourse—I show how similar the two patriarchal and White supremacist structures of education (school) and law enforcement (police) work. I argue that sexism, racism, homophobia, and classism in formal and hidden curriculum could be as mortal and brutal as it happened in cases of Tamir Rice, Michael Brown, Trayvon Martin, and others. Dress codes convey sexism with a male center gaze and racism with White middle-class norms that serve as a hidden curriculum with inherent biases. That is, not acting White, not being lady-like, wearing butch-tomboy or ragged clothing, is disruptive to academic success. Discussing a dress code in a high school in a working-class Black community, I argue that like police officers, educators tend to make dangerous judgments about bodies. Finally, to stop the harmful reproduction of such judgments, I suggest what Judith Butler calls “subversive repetition” and “subversive citation” (Butler 1990, p. 147) which allows resisting the everyday experiences that produce oneself to address the question that how can we, as teachers, school administrations, and teacher educators, resist those practices that produce our bodies as vulnerable and potential victims and others’ bodies as dangerous and potential violators. To problematize, to conceptualize, and to enhance the above-mentioned argument, I will draw on several feminist frameworks such as performativity (Butler 1990), intersectionality (Crenshaw 1989), and objectification (Fredrickson and Roberts 1997). 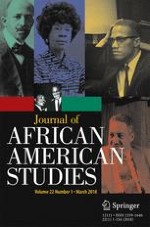 Negative Black Stereotypes, Support for Excessive Use of Force by Police, and Voter Preference for Donald Trump During the 2016 Presidential Primary Election Cycle

Black Farmers in the USA and Michigan: Longevity, Empowerment, and Food Sovereignty