Create an alert for Neural Processing Letters now and receive an email for each new issue with an overview and direct links to all articles.

As one of the most commonly used algorithms in the field of feature extraction, common spatial pattern (CSP) has a good effect on multichannel electroencephalogram (EEG) signal classification, especially for motor imagery-based signals. However, the formulation of the conventional CSP based on the L2-norm is sensitive to outliers. Whereas the L1-norm-based common spatial pattern (CSP-L1) proposed in recent years can seek robust spatial filters to effectively alleviate the impact of outliers, the L1-norm is unable to characterize the geometric structure of the data well. To further improve the robustness of CSP, in this paper, we propose a new extension to CSP called the L21-norm-based common spatial pattern (CSP-L21), which is formulated by using the L21-norm rather than the L2-norm. Moreover, CSP-L21 has the advantages of rotational invariance and geometric structure characterization. We provide a non-greedy iterative algorithm to maximize the objective function of CSP-L21. Experiments on a toy example and three popular data sets of BCI competitions illustrate that the proposed method can efficiently extract discriminative features.
Advertisement 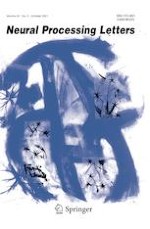