In the past decade, human activity recognition (HAR) has grown in popularity due to its applications in security and entertainment. As recent years have witnessed the emergence of health care and exoskeleton robotics which make use of wearable suits, human–machine interaction based on action recognition performs an important role in multimedia applications. Considering the limitations of the application scenario, the surface electromyography (sEMG) signal stands out in many wearable data collection devices for HAR. That is because: (1) timely feedback; (2) no damage to the human body; and (3) the wide range of recognizable actions. However, existing public datasets of sEMG contained relatively few activities, and several large-scale datasets only collected the action of the hand. In addition, the processing of sEMG signals is a new field with no effective evaluation system for it. To tackle these problems, we establish a novel dataset for HAR on lower-limb sEMG named “HAR-sEMG,” using 6 sEMG signal sensors attached to the left leg. A benchmark summarizing experiments with many combinations of existing high-dimensional signal processing algorithms-based manifold learning on our dataset is also provided for a performance analysis. 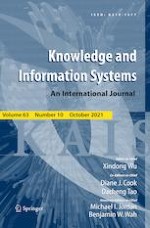