Public shaming is mass criticism of someone for perceived violation of an established social norm. These events are ever increasing in number and scope on online social media platforms. An individual instance of shaming is, as a matter of fact, an expression of opinion regarding the target or victim of the event. Public shaming events are more engaging and often evoke stronger opinions from users than word of mouth spreading of information. This work models polarity of a user’s opinion as a function of several factors, such as his/her recently held opinions, received opinions and the environment, in online public shaming events on Twitter. Specifically, we investigate the opinion change process of Twitter users by highlighting the influence of responsible factors. A semi-supervised representation learning model is used to get opinion vectors from tweets. Next, an opinion prediction model based on the user’s past opinions, received opinions and environment is designed. We show that opinion changes can be attributed to factors in varying proportions depending on the direction of the change. Thus, a strategy to stop a shaming event by inducing opinion changes in the participants needs to take into account the direction of the change. Efficacy of possible counter measures to shaming is analyzed based on our findings. 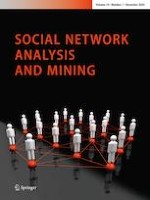