The nonlinear microring resonator system is designed and the triple vertically Panda rings arranged for 3D imaging probe generation. The required whispering gallery modes (WGM) probe can be generated by controlling the input soliton and the reflected power within the microring system. It can be configured to be a microring conjugate mirror (MCR) and theoretically confirmed by the obtained nonlinear four-wave mixing output. The different depths of the MCCs are arranged by the differences of the vertical heights, which can offer the triple vertical probe requirement. The analytical solution of the WGM probe output is derived and the selected simulation results investigated. The results obtained have shown that the triple WGM probes can be generated and used for the 3D imaging detection, from which the two surface depths are ~ 2 and 4 µm are plotted, the calculated and the different colored shades seen. In application, such a proposed system may be used for the 3D imaging of the soft tissues (cells) investigations. 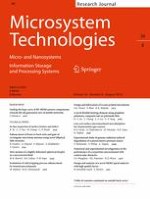