In a publicly financed health system, it is important that priority-setting reflects social values. Many studies investigate public preferences through surveys taken from samples, but to be representative, these samples must reflect value judgments of all relevant population subgroups. In this study, we explore whether, next to better-understood sources of heterogeneity such as age, education or gender, also differences in personality play a role in how people want to set limits to health care. We investigate the influence of dispositional optimism: whether someone anticipates a good or bad future. This is an important personality dimension that has been shown to widely reverberate into people’s lives and that can also be expected to influence people’s views on health care. To test our hypothesis, we asked a representative sample of the Belgian population (N = 750) to complete both the revised life orientation test and a discrete choice experiment about allocating healthcare resources, and we investigated the relationships between both measurements. We found that more pessimistic individuals were less supportive of using patients’ age as a selection criterion and more hesitant to invest in prevention. Since individual dispositions are usually not part of the criteria for selecting representative samples, our findings point at a potential non-response bias in studies that elicit social values. 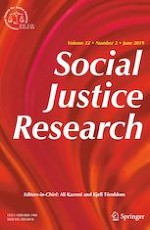 Introduction to the Special Issue on Justice and Health: Different Perspectives in Different Disciplines

Some Remarks on Equality in Health and Health Care

Innovation as a value in healthcare priority-setting: the UK experience