Aspect-based sentiment analysis can predict the sentiment polarity of specific aspect terms in the text. Compared to general sentiment analysis, it extracts more useful information and analyzes the sentiment more accurately in the comment text. Many previous approaches use long short-term memory networks with attention mechanisms to directly learn aspect-specific representations and model comment text. However, these methods always ignore the importance of the aspect terms position and interactive information between the aspect terms and other words. To address these issues, we propose an improved model based on convolutional neural networks. First, a novel relative position encode layer can integrate the relative position information of specific aspect terms validly in a text. Second, by using the aspect attention mechanism, the semantic relationship between aspect terms and words in the text is fully considered. To verify the effectiveness of the proposed models, we conduct a large number of experiments and comparisons on seven public datasets. The experimental results show that this model outperforms to other state-of-the-art methods. 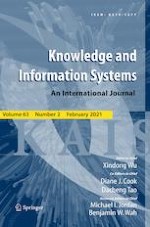