Open government is spreading throughout the world as a policy agenda oriented to foster transparency, participation and collaboration. Despite its increasing relevance in policy documents, there has been a scarce interest in deepening the analysis of how such agenda has been implemented in different national contexts. By adopting a multidimensional and multilevel perspective, we propose a qualitative comparative analysis of institutional digital platforms able to gather the evolution of open government in three European countries. We retrieved 979 open government platforms in France, Italy, and United Kingdom and analyzed them with an original set of indicators grouped in the three macro-areas of e-government, open data and transparency, participation and collaboration. Our study has methodological and policy implications: from the one hand, we provide the widest and deepest survey of open government platforms so far, contributing to the standardization of research methods on this field. From the other hand, we can observe that open government implementation is characterized by some typical traits, suggesting a trans-national convergence; this evidence is particularly prominent in the e-government and open data areas, whereas Participatory platforms are characterised by higher degrees of fragmentation both at the trans-national and at the intra-national levels. The analysis of open government platforms also reveals that, at the intra-national level, public administrations’ approaches to digital government are not homogeneous, although at different degrees among the three countries involved in our study, suggesting the need of a better integration and coordination by central authorities. 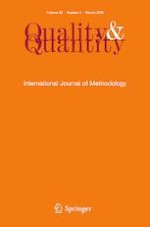 Extremal properties of the Theil and Gini measures of inequality