This paper presents a novel architecture for associative learning and recall of different sensor and actuator patterns. A modular design allows the inclusion of various input and output modalities. The approach is a generic one that can deal with any kind of multidimensional real-valued data. Sensory data are incrementally grouped into clusters, which represent different categories of the input data. Clusters of different sensors or actuators are associated with each other based on the co-occurrence of corresponding inputs. Upon presenting a previously learned pattern as a cue, associated patterns can be recalled. The proposed architecture has been evaluated in a practical situation in which a robot had to associate visual patterns in the form of road signs with different configurations of its arm joints. This experiment assessed how long it takes to learn stable representations of the input patterns and tested the recall performance for different durations of learning. Depending on the dimensionality of the data, stable representations require many inputs to be formed and only over time similar small clusters are combined into larger clusters. Nevertheless, sufficiently good recall can be achieved earlier when the topology is still in an immature state and similar patterns are distributed over several clusters. The proposed architecture tolerates small variations in the inputs and can generalise over the varying perceptions of specific patterns but remains sensitive to fine geometrical shapes.

Title
Towards Autonomous Robots Via an Incremental Clustering and Associative Learning Architecture
Authors:
Matthias U. Keysermann
Patrícia A. Vargas 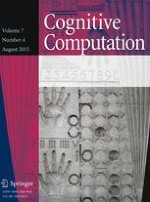 Open Challenges in Modelling, Analysis and Synthesis of Human Behaviour in Human–Human and Human–Machine Interactions