e.GO Mobile, an Aachen-based manufacturer of electric vehicles, has announced the launch of a battery swap solution for its Life model. Customers who need to travel further than usual due an unexpected occurrence can utilize the in-built feature of their vehicle to swap the almost depleted battery for a fully charged one at one of the company's designated battery swap stations, called e.Pit. They can pick up their original battery, now fully charged, at the same station on the way back or later, but at the latest within a month. The customers remain the owner of their original battery and always stay connected via an app. The swapping procedure takes around 60 min, which is faster than full charging at a standard public charging point. The company is working to reduce the swap time toward a goal of just under 30 min in the future.
×
…
Advertisement 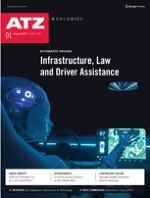 "We don't need robot vehicles to have criminal liability"

Slowing Down the Speed Merchants