Vanadium oxides condensed films are prepared on glass substrates, using spray pyrolysis (SP) technique. The effects of substrate temperature, vanadium concentration in initial solution and the solution spray rate on the nano-structural, electrical, and optical properties of deposited films were investigated. Characterizations of the samples were performed using X-ray diffraction (XRD), scanning electron microscopy (SEM), and UV-Vis spectroscopy methods. The type and concentration of the charge carriers were determined and measured by Hall effect experiment. XRD patterns showed that the prepared films had polycrystalline structure, mostly tetragonal β-V2O5 and V4O9 phases with the preferred orientation along (200) direction. The Hall effect experiment revealed that all samples were n-type, except the ones deposited at substrate temperatures T sub = 300 °C and T sub = 450 °C, vanadium concentration 0.1 mol/L and solution spray rate 10 mL/min. The charge carrier concentrations obtained were in the range 1016–1018 cm−3. The lowest sheet resistance (R s) was obtained for the samples prepared at T sub = 450 °C, vanadium concentration 0.05 mol/L and solution spray rate 10 mL/min. It was also found that the optical transparency of the samples changed from 20% to 75% and the optical band gap of the samples was from 2.22 eV to 2.58 eV, depending on the deposition conditions. 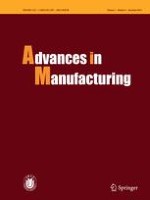