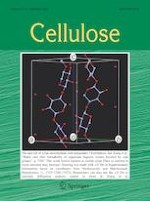 Correction to: Conformational analysis of xylobiose by DFT quantum mechanics