Based on the authors’ previous work on the research on the evaluation of artificial intelligence (AI) intelligence quotient and the Standard Intelligent Model, this paper proposes three laws of intelligence for interpreting the concepts of intelligence, wisdom, consciousness, life and non-life. The first law is called “M Law of Intelligence” where any Agent can be regarded as a system that has the abilities to input, output, storage (master) and creative (innovate) knowledge. The second law is called “Ω Law of Intelligence” in which any Agent is affected by new “forces” FΩ and Fα derived in this paper, which evolve to Ωpoint whose knowledge processing ability is infinite, or converge to αpoint whose knowledge processing ability is zero. The third law is called “Α Law of Intelligence”, that is, when an Agent changes surrounding αpoint, the entire Universe relative to the Agent will also change between infinity and zero. The Three Laws need to be validated by a biochemical experiment method, an AI system intelligence evaluation experiment method or the computer program simulation experiment method.
Anzeige
Vorheriger Artikel Empowering Data Mining Sciences by Habitual Domains Theory, Part I: The Concept of Wonderful Solution
Nächster Artikel Monitoring Novel Corona Virus (COVID-19) Infections in India by Cluster Analysis 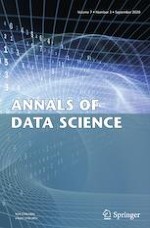 Statistical Inferences of for Exponential Distribution Based on Generalized Order Statistics

Deep Learning and Implementations in Banking