Semantic image segmentation can be used in various driving applications, such as automatic braking, road sign alerts, park assists, and pedestrian warnings. More often, AI applications, such as autonomous modules are available in expensive vehicles. It would be appreciated if such facilities can be made available in the lower end of the price spectrum. Existing methodologies, come with a costly overhead with large number of parameters and need of costly hardware. Within this scope, the key contribution of this work is to promote the possibility of compact semantic image segmentation so that it can be extended to deploy AI based solutions to less expensive vehicles. While developing cheap and fast models one must also not compromise the factor of reliability and robustness. The proposed work is primarily based on our previous model named “SegFast”, and is aimed to perform thorough analysis across a multitude of datasets. Beside “spark” modules and depth-wise separable transposed convolutions, kernel factorization is implemented to further reduce the number of parameters. The effect of MobileNet as an encoder to our model has also been analyzed. The proposed method shows a promising decrease in the number of parameters and significant gain in terms of runtime even on a single CPU environment. Despite all those speedups, the proposed approach performs at a similar level to many popular but heavier networks, such as SegNet, UNet, PSPNet, and FCN. 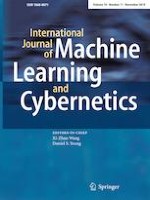 Neural variational collaborative filtering with side information for top-K recommendation