Time evolving networks have some properties in common with complex networks, while some characteristics are specific to their time evolving nature. A number of interesting properties have been observed in time-varying complex networks such as densification power-law, shrinking diameter, scale-free degree distribution, big clustering coefficient and the emergence of community structure. Existing generative models either fail to simulate all the properties or undermine the social interactions between the existing nodes over time. In this paper, we propose a generative model called socializing graph model (SGM) for those networks that evolve over time. It is an iterative procedure consisting of two steps. In the first step, we add one new node to the network at every timestamp and connect it to an existing node using a preferential attachment rule. In the second step, we add a number of edges between the existing nodes in order to reflect the emergence of social interactions between nodes over time and mimic the evolution of real networks. We present empirical results to show that SGM generates realistic prototypes of evolving networks. 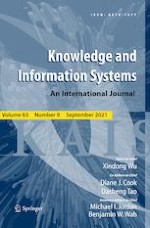