Hybrid renewable energy systems are one among the key areas of research in the fields of sustainable energy in recent times. With the ever-increasing demand in need for energy, renewable sources of energy are much sought after as they are also environment friendly in nature when compared with their non-renewable energy system counterparts. A solar–wind turbine hybrid system is proposed in this research paper, and a generalized predictive controller has been implemented to improve the stability and power quality of the proposed hybrid system. Survey of related works indicates certain limitations in implementing renewable energy systems with respect to stability, reliability and flexibility in fuel which have been effectively addressed in this research article. A three-level inverter has been implemented to fine-tune the power factor which is a combined power factor in the proposed work. A FFT analysis on the power indicates a reduced total harmonic distortion in the proposed work and has been justified over the conventional MPPT-based power generation systems without a properly designed controlling method. The constraints in designing a hybrid system with respect to power quality act as input to the model predictive controller in the proposed work. The work could also be implemented in cascading two or more number of heterogeneous renewable power sources. 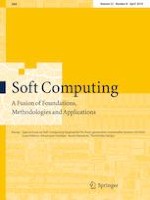