In this paper, we have sought to bring together several strands of our work, on motivation, autonomous agents and interaction between agents, to show how creativity can have a central place within what might be considered rather straightforward aspects of the design of modern computing systems. We review our previous work on the SMART agent framework and re-interpret it in the light of considerations of creativity arising from autonomy, motivation and contributing to the process of autonomous interaction. Here, behaviour is not prescribed but is determined in relation to motivation, leading to different, potentially creative outcomes for different individuals, especially during the process of interaction. Moreover, considering interaction as discovery imbues it with the same creative aspect as in scientific discovery, in which it can be argued that creativity plays a significant role in theory formation and revision. In fact, these are two sides of the same coin: in our view, the creativity in discovery arises from the motivation and autonomy of the individual involved. 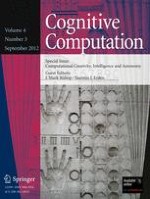 Physical Instantiation and the Propositional Attitudes

The Drive for Creativity and the Escape from Creativity: Neurocognitive Mechanisms

Autonomy and Desire in Machines and Cognitive Agent Systems