Non-orthogonal multiple access (NOMA) is expected to play a critical role in heterogeneous networks (HetNets) for beyond fifth-generation (5G) wireless systems. The unrivaled benefits of NOMA along with the multi-tier architecture of HetNets has the potential to significantly improve the performance of cellular networks. Motivated by such possibilities, this article provides a new resource optimization scheme for efficient cellular device association and optimal power control in NOMA-enabled HetNets. Our objective is to maximize the energy efficiency of the proposed HetNets while guaranteeing the signal decoding and minimum rate of each cellular device. The problem of cellular device association and power control is jointly formulated as a non-convex optimization. Since the problem of energy efficiency is coupled with both devise association and power control, it contains high complexity and, hence, it is very difficult to obtain the joint solution. To obtain an efficient solution and reduce the complexity, we decouple the original problem into two subproblems for efficient device association and optimal power control. For any given power allocation of base stations (BSs), we first adopt dual theory for cellular device association, and then a new sequential quadratic programming (SQP) is employed to calculate the optimal power control. Later, we also present the benchmark suboptimal power control method which is based on Karush-Kuhn-Tucker conditions. Monte Carlo simulation results unveil that the proposed NOMA resource optimization scheme in HetNets can significantly improve the system performance compared to the benchmark NOMA and orthogonal multiple access (OMA) schemes. 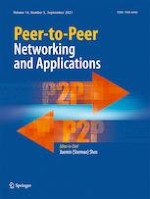