The human brain atlas assists us to enhance our scientific understanding of brain structure and function. The typical anatomical atlases are mainly based on brain morphometry which cannot ensure the consistency of structure and function, and are also hard to cover individual functional differences especially in cerebral cortex. Thus, in recent years, functional atlases for individuals have captured great attention, since they are essential not only for identifying the unique functional organization of individual brains, but also to explore individual variations in behaviors. In this study, a novel approach was proposed to accurately parcellate the whole cerebral cortex at the individual level using resting-state functional magnetic resonance image (rs-fMRI). To examine the functional homogeneity in parcellation, a new evaluation criterion, similarity of cluster (SC) coefficient, was proposed. The parcellation results demonstrated the high consistency between two resting-state sessions (Dice >0.72). The most consistent parcellation appeared in the frontal cortex and the least consistent parcellation appeared in the occipital cortex. The functional homogeneity of subregions was high in frontal cortex and insula whereas low in precentral gyrus. According to SC value, the optimal clustering number was about 1600 per hemisphere. Identification accuracy was 100% between two rs-fMRI sessions, and it was also above 0.97 for rest-task and task-task sessions. 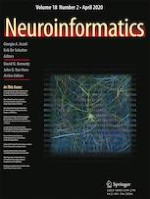