In the last two decades, coral reefs have become popular among recreational divers, especially inside marine protected areas. However, the impact caused by divers on benthic organisms may be contributing to the degradation of coral reefs. We analyzed the behavior of 142 scuba divers in the Abrolhos National Marine Park, Brazil. We tested the effect of diver profile, reef type, use of additional equipment, timing, and group size on diver behavior and their contacts with benthic organisms. Eighty-eight percent of divers contacted benthic organism at least once, with an average of eight touches and one damage per dive. No significant differences in contacts were verified among gender, group size, or experience level. Artificial reef received a higher rate of contact than pinnacle and fringe reefs. Specialist photographers and sidemount users had the highest rates, while non-users of additional equipment and mini camera users had the lowest contact rates. The majority of contacts were incidental and the highest rates occurred in the beginning of a dive. Our findings highlight the need of management actions, such as the provision of pre-dive briefing including ecological aspects of corals and beginning dives over sand bottoms or places with low coral abundance. Gathering data on diver behavior provides managers with information that can be used for tourism management. 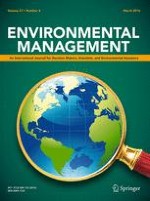