Postural sway during unperturbed stance is a consequence of constant adjustments of body segments. The amount of sway depends on the quality and quantity of the afferent sensory flow as well as on age or different diseases. Body sway motion is primarily detected by the visual, vestibular and proprioceptive sensory systems. Information from all sensory systems is not always available or accurate, and therefore, the postural control system must adjust to maintain steady stance in various environmental conditions [ 19]. Several tests are addressing the contribution of individual sensory information and a combination of sensory information to the ability of the maintenance of steady posture. The classical Romberg test (standing with eyes closed) has been upgraded into a sensory interaction test (SIT) [ 34] and has been used clinically since then. Modified sensory interaction test (mSIT) measures balance during unsupported standing in four different sensory conditions: standing on a firm surface and on a compliant surface with eyes open and closed. Measurement of human body centre of pressure (CoP) movement (body or postural sway) with a force platform is a standard procedure for the assessment of postural stability. Rugelj et al. [ 26] and Domijan et al. [ 21] performed the mSIT on a force platform that allowed monitoring of various variables related to the CoP movements. In those two studies, the mSIT on a force platform was used as an outcome measure test. However, the reliability of mSIT as a test performed for all four test conditions on a force platform has been tested only in a group of young gymnasts with various musculoskeletal problems [ 11].
Despite the fact that the reliability of force platform measurements has been intensively evaluated [ 8, 11, 14, 20, 23, 28, 29], the results are still inconclusive and difficult to compare. Different foot positions and time for data acquisition, which all affect the reliability, were studied by the researchers. Followed by an initiative of the ISPGR (Bologna, Italy 2009), standardisation of clinical stabilometry was proposed by Scoppa et al. [ 31] according to which for stable values of different CoP variables, a minimum of 30-s acquisition time is required and sampling frequency of at least 50 Hz is suggested. All the here-referenced studies used 60-s time for the data acquisition and time-domain parameters. The reliability studies of fractal dimensions are even more inconclusive as the authors use different calculation procedures: from the box-counting method [ 6], to the circular and ellipsoidal perimeter evaluation of the two-dimensional CoP trajectory [ 22, 29], and the fractal dimension calculation of the antero-posterior and medio-lateral CoP time series [ 7, 12].
Anzeige
For the traditional time-domain variables in a group of young participants standing on a firm surface with open eyes, Santos et al. [ 29] reported poor to moderate reliability (ICC = 0.53–0.76). With eyes closed, the reported reliability was also poor to moderate (ICC = 0.02–0.72). On the other hand, Pinsault et al. [ 20] and Lin et al. [ 14] also in a group of young persons reported good to excellent reliability (ICC ranging from 0.77 to 0.94). In elderly population, a good test–retest reliability has been reported for measurements during standing on a firm surface with eyes open (ICC = 0.51–0.89) [ 36] and closed (ICC = 0.64–0.89 [ 36] and ICC = 0.57–0.92 [ 14]). For fractal dimensions, Doyle et al. [ 7] reported fair to excellent test–retest reliability (ICC = 0.62–0.90) using Higutchi algorithm [ 12] and only 10-s measuring time, while Santos et al. [ 29] reported the fractal dimension reliability to be comparable to the other measures for 60-s measurement time and using circular and ellipsoidal perimeter evaluation of the two-dimensional CoP trajectory.
For standing on compliant surface, Harringe et al. [ 11] reported poor reliability in a group of young injured gymnasts standing on compliant surface with eyes open (ICC = 0.50) and standing on compliant surface with eyes closed (ICC = 0.51). The study of Salavati et al. [ 28] reported higher reliability on a foam surface with eyes closed (ICC = 0.74) in a group of persons with low back pain, ACL injury and ankle sprain. Further, a good test–retest has been reported for standing on a foam surface with eyes closed for a group of elderly participants (ICC ranged from 0.65 to 0.85) [ 15].
The available test–retest reliability studies of mSIT for all four sensory conditions are by Harringe et al. [ 11], followed by Salavati et al. [ 28] and Moghadam et al. [ 15] for three sensory conditions. Therefore, the purpose of the present study was to assess the test–retest reliability of the mSIT for four measurement conditions on a force platform in a group of young and elderly healthy women. Furthermore, the most reliable CoP variables across the four sensory conditions were to be identified. For this purpose, eight variables in time domain and four fractal dimensions were considered. Time-domain variables were antero-posterior and medio-lateral variability (variability calculated as the standard deviation of the position of the CoP on the force platform), mean velocity, medio-lateral and antero-posterior path lengths, total CoP path length, sway area as determined by principal component analysis (PCA) [ 16] and sway area as determined by Fourier coefficients [ 25] for the time domain. Additionally, the fractal dimensions of the medio-lateral and antero-posterior time series were determined for short and long time intervals.

Twenty-six young (21.4 ± 2.5 years) and 15 elderly (73.2 ± 6.5 years) women participated in the study. Their anthropometric data are presented in Table  1. The inclusion criteria were female gender and no prior injuries or other conditions which could affect their balance. Their Romberg quotients indicated good proprioceptive function (Table  1). The study was approved by Medical Ethic Committee, and prior to any measurements, all participants read information about the test protocol, received additional verbal explanations when required and provided written informed consent.
Table 1
Anthropometric data of the young and elderly women and Romberg quotient (RQ) for two postural sway variables
Anzeige

The force platform Kistler 9286AA (Winterthur, Switzerland) with the corresponding data acquisition software BioWare was used to assess the CoP movement during upright quiet standing. The system was calibrated by the producer and periodically checked using static loads. For the compliant surface measurements, an Airex mat (40 × 48 × 6 cm) was positioned on the force platform with a non-slip rubber pad in-between. The raw data of 60-s measurements were collected and stored on disk of a PC-type computer with Kistler’s BioWare program using 50-Hz sampling rate. All the analyses were later performed on a Linux server (Fedora 18) with a specially developed software. This is a web-based application that had been developed for our stabilometric measurements and consists of system procedures and data analysis programs written in C, Fortran and PHP, while the graph plotting is done with the open-code program Gnuplot. This application is publically accessible [ 32].
To exclude the possible effect of initial posture adjustments, participants stood on the platform for 5 to 10 s prior to data acquisition. Standard statistical parameters were calculated, such as standard deviations and the averages of the absolute values of the CoP displacements and velocities, as well as the total path length and the lengths of the medio-lateral and antero-posterior CoP movements as well as the frequency distributions and the fractal dimensions [ 25]. The outline of the CoP movement area has been determined by considering the extreme points in 100 angular intervals to which an analytical expression was fitted [ 33]. This expression determines the distance from the chosen centre at the angle φ as the sum of m max terms of the type: ( A m cos mφ +  B m sin mφ), where A m and B m are the Fourier coefficients to be fitted and m max the maximal number of the coefficients used. With 100 angular intervals for the outline calculation, the value of m max = 20 was found to be appropriate. From thus calculated Fourier coefficients, the shape of the postural sway area was determined and its area calculated [ 25]. The stabilogram area was also calculated using principal component analysis (PCA) [ 16] where the area is represented by an ellipse with the principal axes determined from the eigenvalues ( s 0) of the covariant matrix as 1.96 s 0 (Fig.  1).
×
The fractal dimensions of the medio-lateral and antero-posterior CoP position time series were determined by the Higutchi method [ 12]. The average curve lengths were calculated as a function of time interval, and the fractal dimension was then obtained by linear regression from the slope of the log/log graph [ 27]. As these graphs indicated two different slopes for the short and long time intervals, they were analysed separately. The time intervals were chosen to be from 0 to 0.3 s (short) and from 0.8 to 12 s (long) to exclude the intermediate transition region.
Eight sway parameters in time domain were chosen for this analysis: (1) variability of the CoP position in the medio-lateral and (2) antero-posterior directions calculated as the standard deviations of the medio-lateral and antero-posterior variability of the position of CoP on the force platform, (3) mean of the absolute value of the CoP velocity during the 60-s data acquisition interval, (4) medio-lateral and (5) antero-posterior path lengths, (6) total path length, (7) sway area calculated by PCA, (8) sway area determined as the best area outline represented by the first 20 Fourier coefficients (FAO) as described above. Additionally, four fractal dimensions were chosen for this analysis: medio-lateral and antero-posterior time series dimensions for short and long time intervals. Thus, altogether twelve sway parameters were analysed.

In order to assess the test–retest reliability of mSIT, a set of four measurements were performed, each with a different sensory condition. They were performed twice, 1 week apart. These were as follows: (1) standing on a firm surface with eyes open (FO), (2) standing on a firm surface with eyes closed (FC), (3) standing on a compliant surface with eyes open (CO), (4) standing on a compliant surface with eyes closed (CC) (Fig.  1).
Each test lasted 60 s. Participants were instructed to stand barefooted with feet close together on the force platform, with or without the Airex mat, as required by the measurement. Subjects were asked to stand as still as possible. Arms were relaxed beside the body. Head was held upright with eyes facing straight forward to the point marked on a board 2 m away at the eye height. Depending on the measurement being performed, the subjects had their eyes open or closed. Measuring procedure was immediately interrupted, if the subject opened eyes, moved feet or arms from the required position or even stepped off the force platform. Between the measurements, participants were asked to sit down for 60 s to have a rest.

3.1.1 Standing on a firm surface with eyes open

3.1.2 Standing on a firm surface with eyes closed

3.1.3 Standing on a compliant surface with eyes open

3.1.4 Standing on a compliant surface with eyes closed

3.2.1 Standing on a firm surface with eyes open

3.2.2 Standing on a firm surface with eyes closed

3.2.3 Standing on a compliant surface with eyes open

3.2.4 Standing on a compliant surface with eyes closed 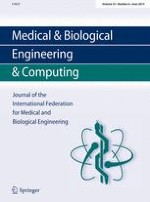