Currently, little work has been devoted to the mediators and tools for multi-role production interactions in the mass individualization environment. This paper proposes a kind of hardware-software-integrated mediators called social sensors (S2ensors) to facilitate the production interactions among customers, manufacturers, and other stakeholders in the social manufacturing systems (SMS). The concept, classification, operational logics, and formalization of S2ensors are clarified. S2ensors collect subjective data from physical sensors and objective data from sensory input in mobile Apps, merge them into meaningful information for decision-making, and finally feed the decisions back for reaction and execution. Then, an S2ensors-Cloud platform is discussed to integrate different S2ensors to work for SMSs in an autonomous way. A demonstrative case is studied by developing a prototype system and the results show that S2ensors and S2ensors-Cloud platform can assist multi-role stakeholders interact and collaborate for the production tasks. It reveals the mediator-enabled mechanisms and methods for production interactions among stakeholders in SMS. 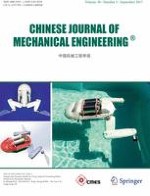 Information Flow Scheduling in Concurrent Multi-Product Development Based on DSM