The purpose of this paper is to propose a compound cosine function neural network with continuous learning algorithm for the velocity and orientation angle tracking control of a nonholonomic mobile robot with nonlinear disturbances. Herein, two neural network (NN) controllers embedded in the closed-loop control system have the simple continuous learning and rapid convergence capability without the dynamics information of the mobile robot to realize the adaptive control of the mobile robot. The neuron function of the hidden layer in the three-layer feed-forward network structure is on the basis of combining a cosine function with a unipolar sigmoid function. The developed neural network controllers have simple algorithm and fast learning convergence because the weight values are only adjusted between the nodes in hidden layer and the output nodes, while the weight values between the input layer and the hidden layer are one, i.e. constant, without the weight adjustment. Therefore, the main advantages of this control system are the real-time control capability and the robustness by use of the proposed neural network controllers for a nonholonomic mobile robot with nonlinear disturbances. Through simulation experiments applied to the nonholonomic mobile robot with the nonlinear disturbances which are considered as dynamics uncertainty and external disturbances, the simulation results show that the proposed NN control system of nonholonomic mobile robots has real-time control capability, better robustness and higher control precision. The compound cosine function neural network provides us with a new way to solve tracking control problems for mobile robots. 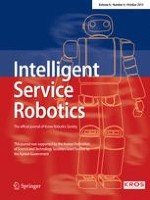