Genome comparison poses important computational challenges, especially in CPU-time, memory allocation and I/O operations. Although there already exist parallel approaches of multiple sequence comparisons algorithms, they face a significant limitation on the input sequence length. GECKO appeared as a computational and memory efficient method to overcome such limitation. However, its performance could be greatly increased by applying parallel strategies and I/O optimisations. We have applied two different strategies to accelerate GECKO while producing the same results. First, a two-level parallel approach parallelising each independent internal pairwise comparison in the first level, and the GECKO modules in the second level. A second approach consists on a complete rewrite of the original code to reduce I/O. Both strategies outperform the original code, which was already faster than equivalent software. Thus, much faster pairwise and multiple genome comparisons can be performed, what is really important with the ever-growing list of available genomes. 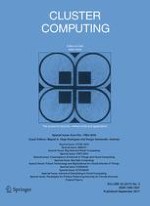