This paper proposes a new level of understanding of two-point incremental forming (TPIF) with partial die by means of a combined theoretical and experimental investigation. The theoretical developments include an innovative extension of the analytical model for rotational symmetric single point incremental forming (SPIF), originally developed by the authors, to address the influence of the major operating parameters of TPIF and to successfully explain the differences in formability between SPIF and TPIF. The experimental work comprised the mechanical characterization of the material and the determination of its formability limits at necking and fracture by means of circle grid analysis and benchmark incremental sheet forming tests. Results show the adequacy of the proposed analytical model to handle the deformation mechanics of SPIF and TPIF with partial die and demonstrate that neck formation is suppressed in TPIF, so that traditional forming limit curves are inapplicable to describe failure and must be replaced by fracture forming limits derived from ductile damage mechanics. The overall geometric accuracy of sheet metal parts produced by TPIF with partial die is found to be better than that of parts fabricated by SPIF due to smaller elastic recovery upon unloading. 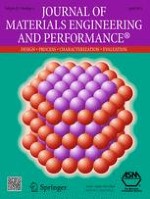 Investigation of the Bimetal Clad Drawing by Upper Bound Method