Multipath routing has been considered as one of the most efficient and reliable real-time routing solutions for high-rate streaming in mobile ad hoc networks. Many researches focused on how to construct multiple node-disjoint paths but ignored the interference of using multiple paths simultaneously. In fact, some nodes in the network located in other active paths may interfere with their own communications that degrades the effective throughput. This paper presents a maximally radio-disjoint geographic multipath routing protocol (RD-GMR) which is capable of maximally avoiding the interference among the multiple paths. The forwarding area between the source node and the destination node is divided into three areas and different forwarding strategies are adopted in the corresponding areas. These customized strategies for each area effectively reduce the interferences between each path. Furthermore, the proposed protocol estimates the interference radius of nodes by using the distance between two nodes that increases the accuracy of obtaining the interference range of paths. Simulation results show that the RD-GMR can construct multiple paths with minimum interference that improves the packet delivery rate and the network throughput. Moreover, the end-to-end delay is also reduced. 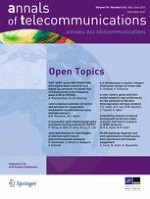