The current study investigates the impact of time and strain-based work-to-family conflict (WFC) and family-to-work conflict (FWC) on exhaustion, by considering the moderating effect of telework conducted during traditional and non-traditional work hours.

This study provides managers with findings to more carefully design telework programs, showing evidence that the adverse impact of WFC/FWC on exhaustion may depend on the type of telework and level of conflict experienced. This suggests that managers may need to be more aware of the full range of characteristics which encapsulate the teleworker’s work practices before making decisions about how telework is implemented.

By differentiating the timing of telework and its role on the WFC/FWC—exhaustion relationship, this study delves deeper into the contingent nature of telework and suggests that the extent of telework conducted during traditional and nontraditional work hours may play an influential role. In addition, these considerations are investigated in light of the bi-directional time-based and strain-based nature of WFC and FWC, helping to unravel some of telework’s complexities. 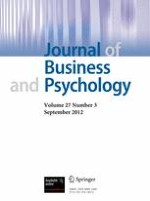 Job Autonomy as a Predictor of Mental Well-Being: The Moderating Role of Quality-Competitive Environment