I argue that imagination has an inherently paradoxical structure: it enables one to flee one’s socio-cultural reality and to constitute one’s socio-cultural world. I maintain that most philosophical accounts of the imagination leave this paradox unexplored. I further contend that Paul Ricoeur is the only thinker to have addressed this paradox explicitly. According to Ricoeur, to resolve this paradox, one needs to recognize language as the origin of productive imagination. This paper explores Ricoeur’s solution by offering a detailed study of reproductive and productive imagination in the framework of poetic imagination. My analysis subjects Ricoeur’s distinction between reproductive and productive imagination to a critique that relies upon the principles of classical phenomenology. According to my central thesis, the imaginative powers of language are themselves rooted in perception. This thesis broadens the scope and significance of Ricoeur’s solution by enabling one to resolve the paradox of imagination not only at the level of language-based imagination, but also at the level of dreams and daydreaming as well as at the level of non-language based art. No less significantly, this thesis enables one to open a fresh dialogue between phenomenology and hermeneutics. 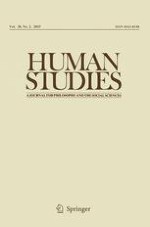