Leveraging network analysis to support experts in their analyses of subjects with MCI and AD | springerprofessional.de Skip to main content
TOOLBAR 1 2 3 4
SUCHE MENÜ 1 2 3 4

In this paper, we propose a network analysis–based approach to help experts in their analyses of subjects with mild cognitive impairment (hereafter, MCI) and Alzheimer’s disease (hereafter, AD) and to investigate the evolution of these subjects over time. The inputs of our approach are the electroencephalograms (hereafter, EEGs) of the patients to analyze, performed at a certain time and, again, 3 months later. Given an EEG of a subject, our approach constructs a network with nodes that represent the electrodes and edges that denote connections between electrodes. Then, it applies several network-based techniques allowing the investigation of subjects with MCI and AD and the analysis of their evolution over time. (i) A connection coefficient, supporting experts to distinguish patients with MCI from patients with AD; (ii) A conversion coefficient, supporting experts to verify if a subject with MCI is converting to AD; (iii) Some network motifs, i.e., network patterns very frequent in one kind of patient and absent, or very rare, in the other. Patients with AD, just by the very nature of their condition, cannot be forced to stay motionless while undergoing examinations for a long time. EEG is a non-invasive examination that can be easily done on them. Since AD and MCI, if prodromal to AD, are associated with a loss of cortical connections, the adoption of network analysis appears suitable to investigate the effects of the progression of the disease on EEG. This paper confirms the suitability of this idea
.
× 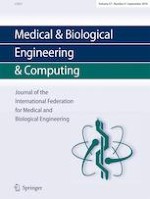